VSTE partners with Big Deal Media to bring you the best in online resources, grant and competition opportunities and more. In this edition, you can Hip-Hop into History, Develop Web Literacy, Augment Reality & More.

This week, it is all about Shakespeare! We recognize the 400th anniversary of his death.

Experience the Best of Shakespeare

The Stratford Festival in Canada is commemorating the 400th anniversary of William Shakespeare’s death by making his plays accessible to a generation raised on the Internet. The festival has unveiled an online teaching platform that will include each ofShakespeare’s scripts, a film clip of every scene, and notes to understand each piece of dialogue. King Lear is the first play to be offered using these tools. More titles will be added as part of the festivals to capture on film the complete works of Shakespeare over the next 10 years. Created by the Festival’s Education Department in collaboration with D2L Corporation, the free toolkit—called PerformancePlus—is targeted at students and teachers in grades 9–12 but is available to all.

Plus: On April 22, 2016, at 9:30 a.m. (ET), Discovery Education will host a virtual field trip that guides K–12 students on a journey through Shakespeare’s hometown of Stratford-upon-Avon, giving them the chance to take an exclusive tour around his birthplace. The program will visit Shakespeare’s Schoolroom and Guildhall, where the young author was inspired to create some of the greatest works of English literature. During this visit, participating classrooms will witness a re-enacted Tudor lessonand be among the first to “step inside” the newly renovated 600-year-old school building. After visiting Stratford-upon-Avon, students will travel to London, where they will learn about Shakespeare’s life in the Tudor capital through a tour of some of the city’s hidden Shakespeare locations, ending at the famous Globe Theatre, where his plays were staged. Participating classrooms will see The Bard’s work brought to life as they watch local students perform scenes from Macbeth and hear how the themes of Shakespeare’s work are still relevant today. Classrooms across the country are invited to register for this virtual tour at no cost.

There's so much more in the...

Not everything in the Book is time sensitive so be sure to check out the archives. 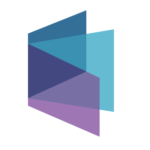